A seed becomes a sapling

Posted on October 6, 2018 by markclavier 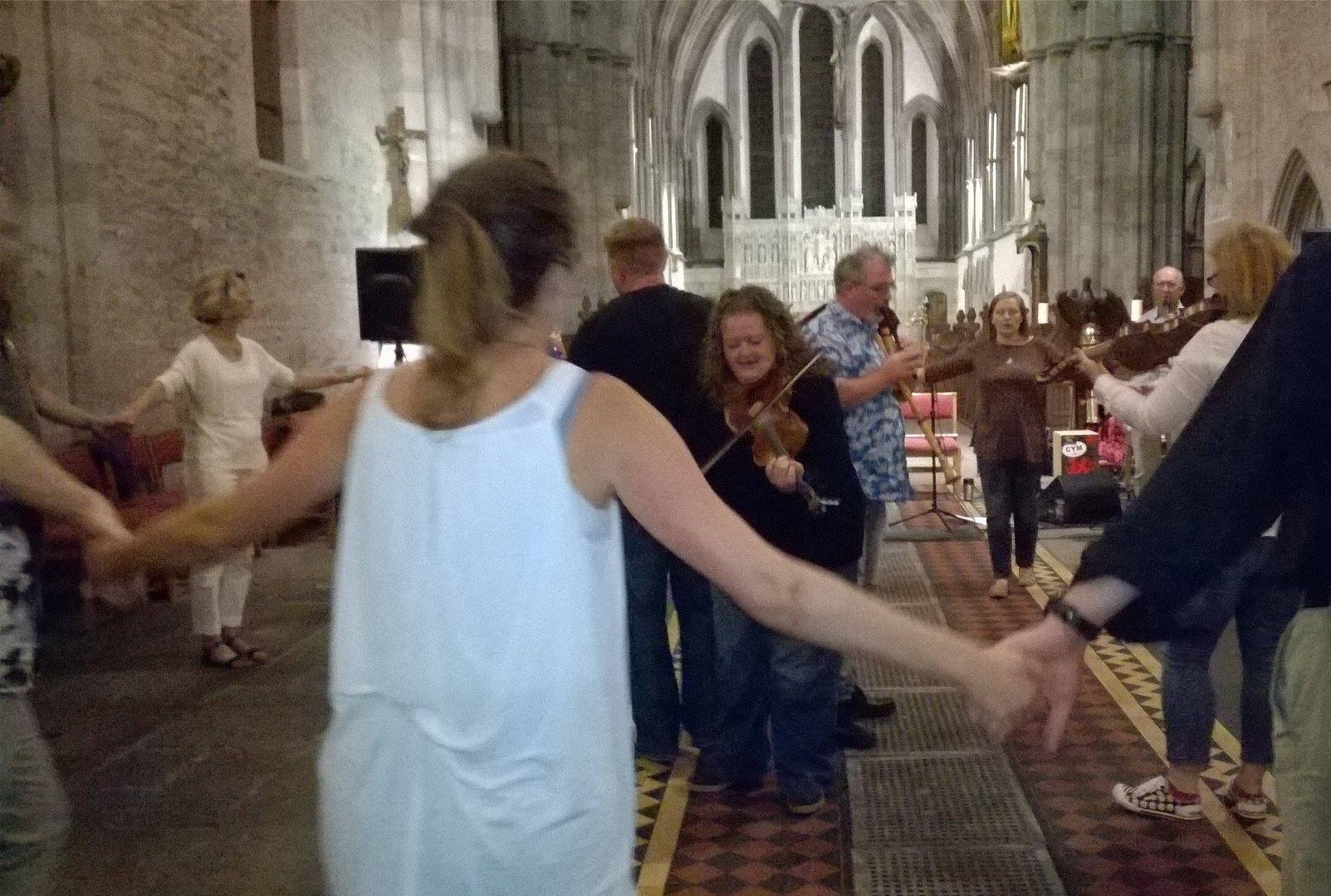 Last night’s Harvest Supper brought  the Convivium events for 2018 to a successful close. What a year it has been!

It doesn’t seem that long ago that I was sitting in the bath tub reflecting on a collection of essays by Wendell Barry. I had been moved powerfully by his idea of conviviality, which eloquently brought together my own fascination with the idea of delight, concerns about how consumerism degrades communities, and my experiences of healthy church communities. It was then that I decided I would try to promote the ideals of conviviality at the Cathedral.

That decision was based (I’d like to believe) on more than the whim of a residentiary canon who likes to spend too much time in the hills. Brecon is a magical place that has been blessed with all the ingredients for fostering convivial communities: an ancient heritage, stunning countryside, friendly folk, and people with big hearts. The ideal of conviviality–living well with God, creation, and each other–fits this place like a hand and glove.

At first, the idea was simply to hold a day-long festival. But as I spoke with charities, members of the Cathedral, and local folk, the idea expanded quickly into Convivium. After the Church generously provided me with a grant, we were off to the races.

9 months later, we can now look back on a series of really successful events, each of which promoted an aspect of Convivium.

By any measure, all of these events (fairly modest in themselves) were successful. Much harder to quantify, however, has been their impact. There’s a buzz here in Brecon now about the Cathedral. I can hardly ever walk into town now (in clericals or otherwise) without someone stopping me to chat. We now have strong relationships with the Food Bank, the local L’Arche Community, heritage groups, and the music scene plus new connections with environmental groups, charities, and other non-profits. New links with PAVO has led to the first group of volunteers coming to the Cathedral to spend the day clearing up the churchyard. And on the back of all this, life in the Cathedral has sparked with new life.

The Convivium seed has become a sapling.

Plans are well underway for 2019. The first Convivium academic conference is well underway as is a plan to run a junior conference with Priory School. The Convivium Festival (now slated for 14-15 June) is being expanded to 2-days with additional walks, workshops, and talks. We should shortly start advertising the first Convivium Retreat at Llangasty on the theme of Delight and including local walks in the stunning scenery of Llangorse and the Black Mountains. Stay tuned!

The seed never would have sprouted had it not been for the generosity of so many people. The friendships and connections made during the past few months have crowned the joy of watching a vision become a reality. Thanks to all who have given of their precious time and money to support the initiative.

It all just goes to show how fulfilling a more convivial world would be.

Rooting people in the delight of others, creation, and God through the care of our local environments, heritage, and the communities they support.

“Healing is impossible in loneliness. Conviviality is healing. To be healed we must come with all the other creatures to the feast of Creation”

Wendell Berry, The Art of the Commonplace